Indie Pop Noir isn't necessarily a real genre of music but, if it is, Dark Rooms definitely fits right into it. A strange and interesting mix of classical, rock, and synthesized instruments creates a very rich and visual musical landscape.

When I first approached this project, I knew it was going to be colourful. The first moodboards I made were colourful collages and the entire visual style of this Special Edition Box Set extended from those original mood boards.

During the creation of this project I also discovered the magic of the Droste Effect which is used extensively in this project.

Dark Room's music is very lush but rhythmic. The motif of the heart within the heart was my first design. It bled into the rest of the project, often reused within various visuals but to the point of being unrecognisable.
Feel free to listen to the band below as you view the images. 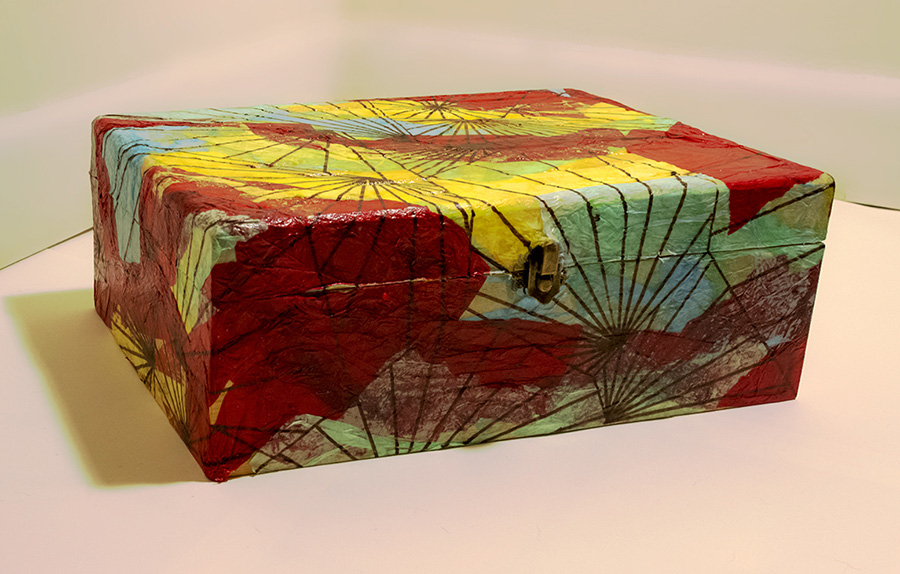 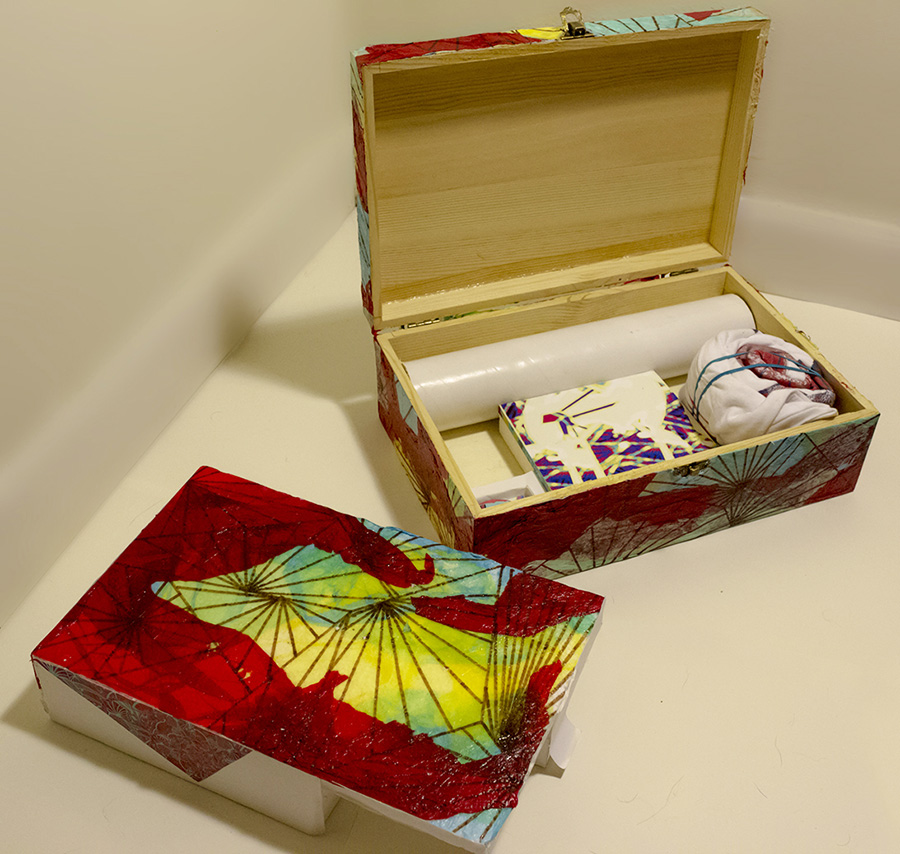 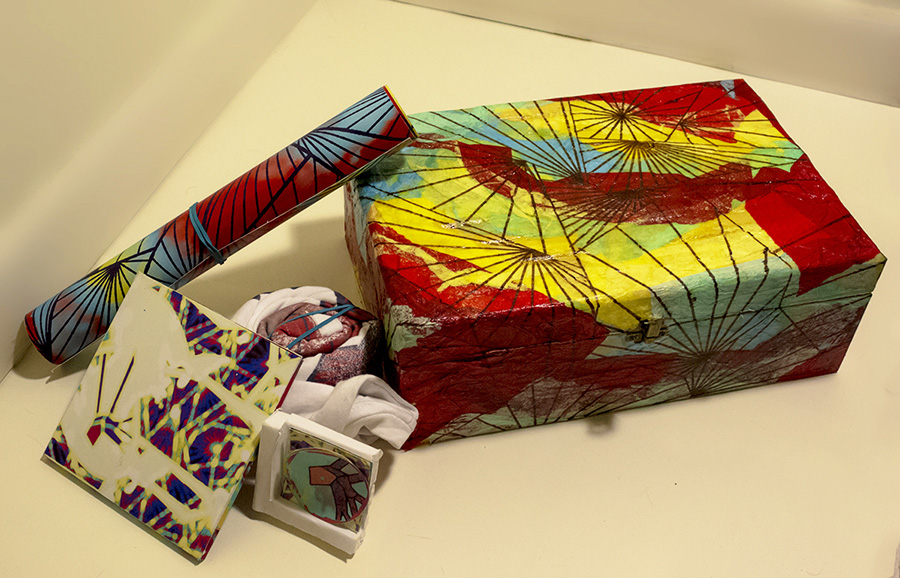 Creating a cohesive visual design throughout the entire Box Set was my number one priority. I purchased the box but was unsatisfied with its plain wood look, so I lacquered it with the colors used in the project and drew the angular motif on top of it. 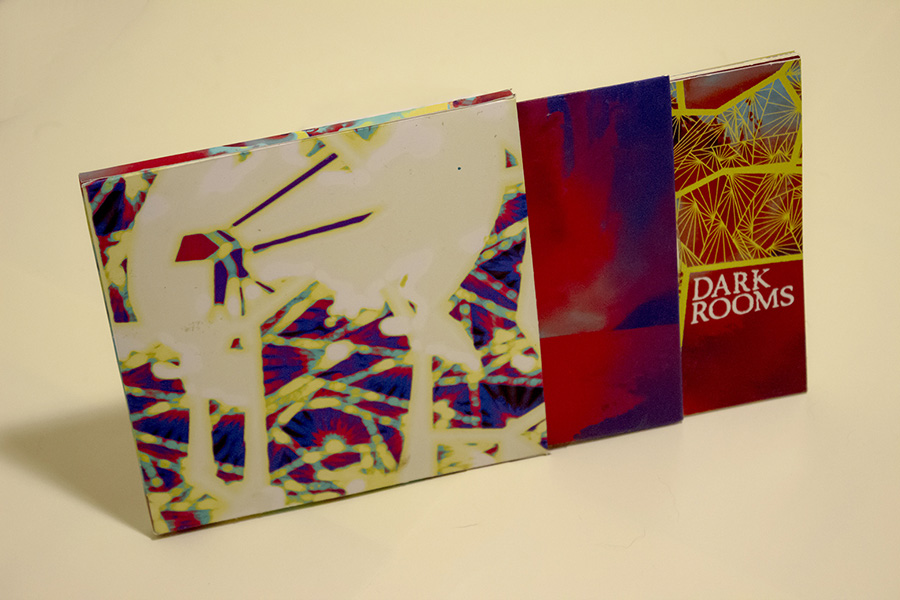 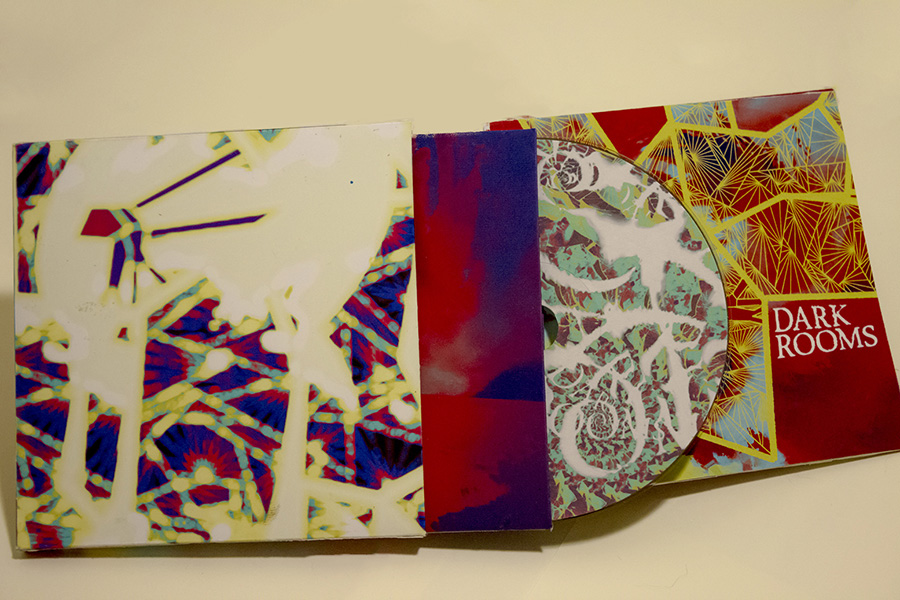 The CD sleeve and Lyric Book slide nicely into a container. Each has its unique design. 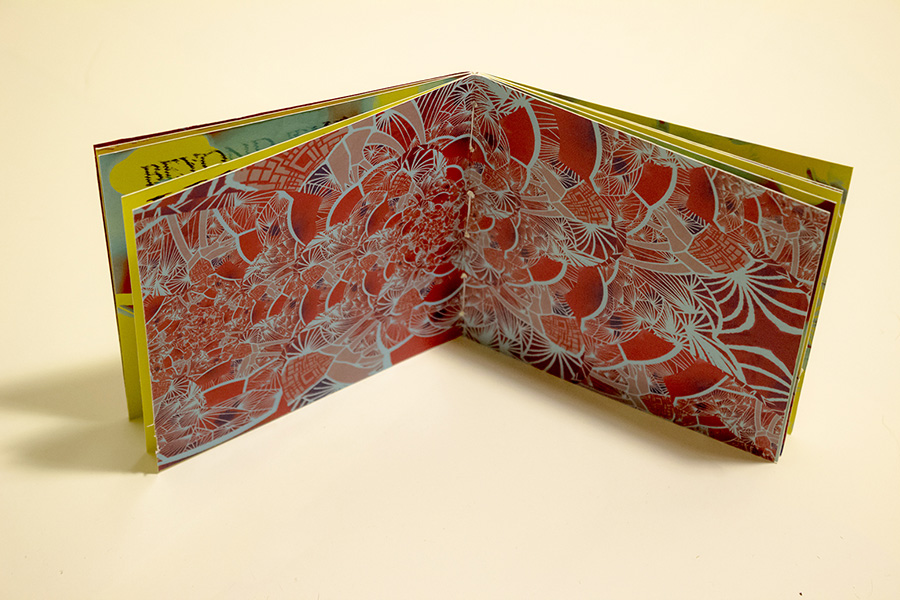 Each song has a visual piece paired with it that was created while listening to the song it's paired with. 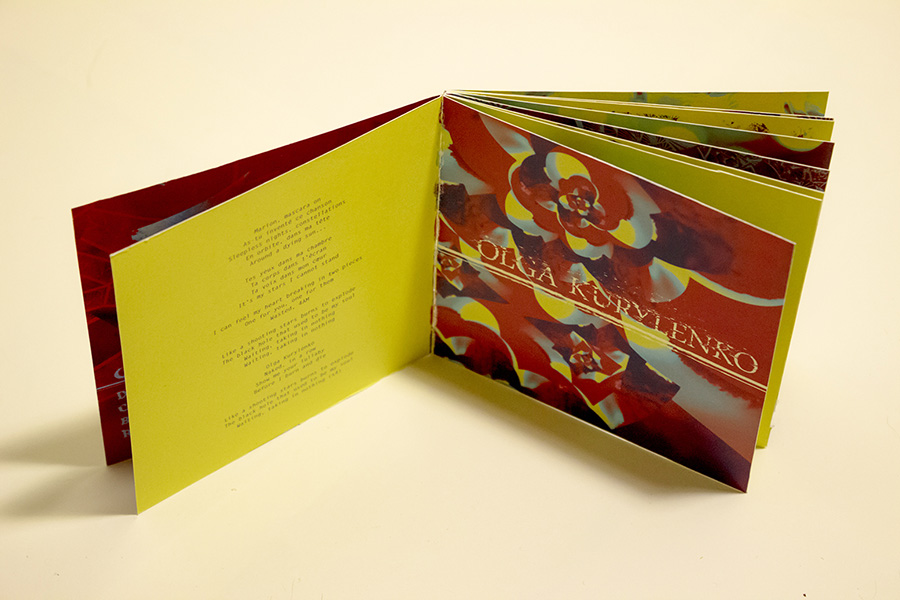 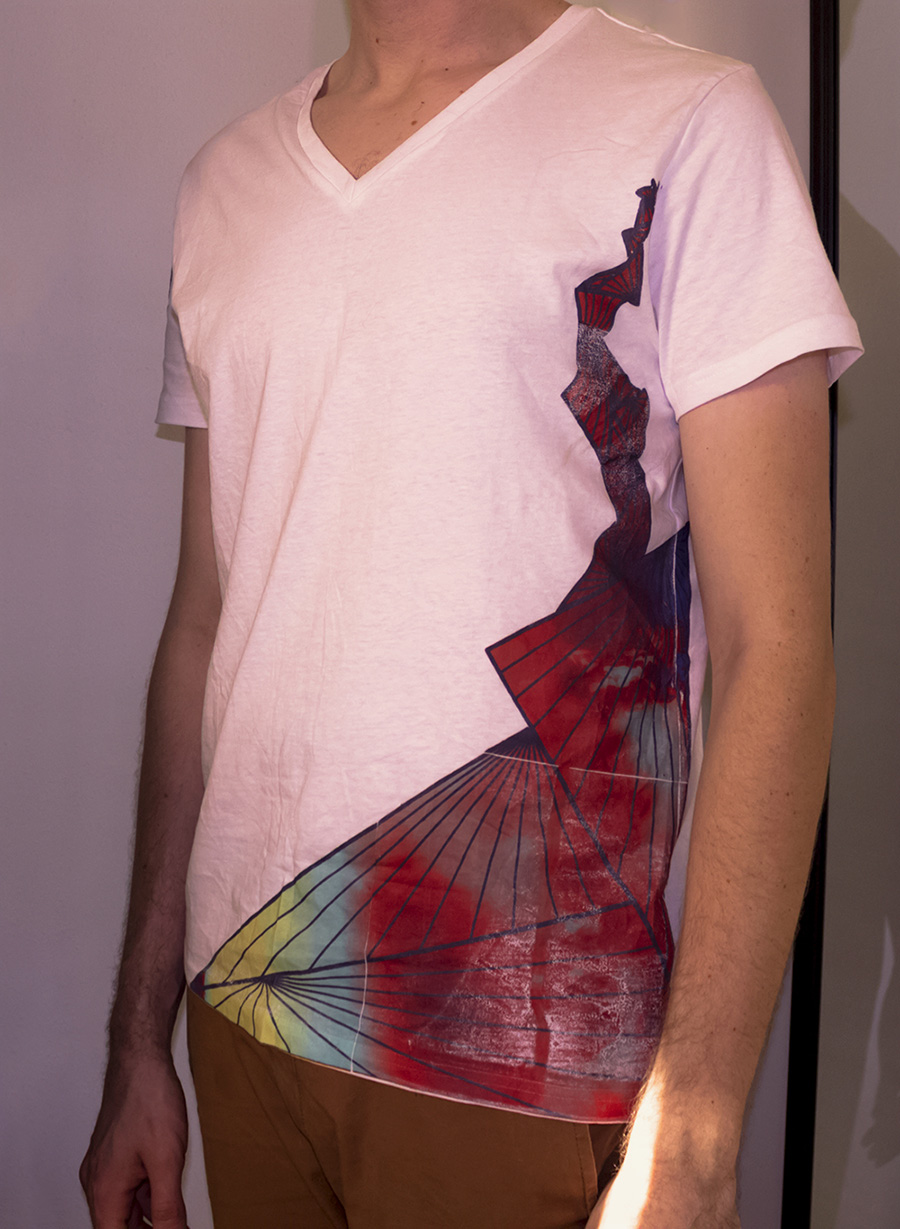 The Poster is for a particular song on the album and uses some of its own unique visuals, but still keeping the visual style of the rest of the Box Set. The Shirt uses angular fans used in many of the other designs and has the band's logo on its right sleeve.